Influencer marketing has become a valuable part of any business operations that seek to broaden their consumer network.

Its effectiveness as a campaign is framed in a Nielsen Catalina Solutions report, which showed a preference for influencer marketing to conventional advertising.

Aside from escaping the radar of automatic ad-blocking software, influencer marketing achieves genuine engagement as personalities promote products in ways both desirable and natural while spreading user-generated content.

The findings of a survey conducted by Collective Bias show that 30% of the 14,000 consumer respondents are more likely to buy a product recommended by a non-celebrity blogger. On top of that, they feel a better connection with these personalities than with celebrity influencers whose talent fees also make a dent on marketers’ spending.

The goal behind this strategy is to reach out to potential customers within the followers of the chosen influencer. Therefore, a famous personality with a large enough fan-base is a likely candidate.

However, several business players have fallen into the traps of scam influencers, especially when companies use vanity metrics as a primary criterion. Surprisingly, even giant corporate names who can man massive marketing operations are victims to this scheme.

The influencer marketing industry is forecast to be valued at $10 billion by 2020, or five times its estimated 2017 level, according to the infographics of marketing solutions provider St. Joseph Communications.

In a separate survey the company conducted, it showed that a total of 39% of the 181 interviewed marketers are looking at boosting their investments in influencer marketing strategies.

What was once deemed a mere fad has undeniably morphed as an integral part of modern-day online marketing. But while the influencer campaign offered a new form for marketers to promote their brand, it also opened for scams.

CampaignDeus’ recent study on influencers and marketing budgets revealed that 12% of UK-based influencers purchased fake Instagram followers in the first six months of 2018.

The report revealed that US and Canada brands exhausted $150 million on Instagram influencers during Q2 2018. Of this, 7.3 percent or $11 million were lost to bots.

Raw Sugar Living topped as the most fooled brands, revealing that 46 percent of the followers it paid to engage with were fake. Rounding the top five were beauty products maker Clarins, with 43 percent; footwear manufacturer Zappos, at 38 percent; ecommerce giant eBay, with 35 percent; and haircare seller Clairol at 33 percent.

How Can You Detect Influencer Fraud?

These scams are defeating the purpose of tying up with influencers in the first place. Given the amount you could lose, here are three helpful ways to avoid them:

Engagement rate refers to the number of responses, specifically within a certain period from publication.

One thing to know about calculating this is that it is very complex. Gather the total engagement (likes, views, shares, or comments, etc.) of the influencer’s posts on a particular profile, then divide this by the number of followers. You would then divide that quotient by the number of posts and multiply by 100.

Key metrics to calculate a page’s or profile’s engagement rate may vary across social media platforms, which may also adopt different computation methods as well.

Giuseppe Carlotti, Marketing Director of FOX Networks Group Italy, said that for whichever method is used, it is crucial to first segregate activities into organic and viral ones from those that were paid for. Combining these may yield misleading results.

Tracking your influencer’s follower statistics on a daily basis is a helpful guide to determine whether they are a fraud.

A sudden spike in their following, can make one suspect that they used paid ads. To add, it is also worthwhile to follow your influencer’s activities as they might be practicing the so-called follow-for-follow scheme.

Social media data analytics expert InfluencerDB said that under this method, most common in Instagram, one generates follows by following several random accounts so as to return that following. Influencers who implement this tactic often unfollow other accounts right after they followed back.

Investigating whether one employs this tactic may involve tedious work, which requires monitoring changes in the following numbers. You can use an in-depth analysis, focusing on daily follower changes, to determine whether a channel uses follow-for-follow strategies.

Use third-party software to help in analytics

Because analyzing social media data may be an intimidating task, marketers can now be thankful to softwares meant for this.

Here are some companies you can partner with to easily recognize fake fame:

Aside from painting an overall picture of your content’s overall online performance, Buzzsumo also helps you scout for legitimate influencers.

The system purges these influencers based on their network, authority, and engagement. The platform is applicable in the top social media platforms. Availing its services would cost you a minimum of $99 per month.

Tapinfluence is a comprehensive analytics tool designed for enterprise-level brands that do big influencer campaigns. It claims a return of 11 times your investment, $285 incremental sales on every 1,000 impressions, and twice on your impressions post campaign.

InfluencerDB’s core metrics dwell on audience quality grade, which pegs an influencer’s followers with ratings based on their engagement and online behavior.

Aside from percentage ratings, the tool easily separates inactive accounts. Categorizing those that never log in or display bot-like actions as ‘bad’ or ‘very bad’. The real and active users who constantly interact with content on Instagram receive ‘good’ or ‘very good’ ratings.

A Long Way To Go

“One of the ways we can do that is to increase integrity and transparency in the influencer space. We need to address this through responsible content, responsible platforms and responsible infrastructure,” Weed said.

The official lauded Twitter’s recent crackdown on fake accounts, which dragged down the following of several celebrities.

However, even Twitter acknowledges its efforts are not enough.

“… we know there’s still a lot of work to be done. Inauthentic accounts, spam, and malicious automation disrupt everyone’s experience on Twitter, and we will never be done with our efforts to identify and prevent attempts to manipulate conversations on our platform,” the tech giant said in a statement.

The entry point for influencer scam is an issue that marketers will have to face sooner rather than later. 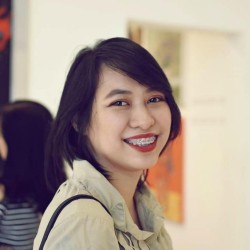 Jolina Landicho
Jolina is a marketing strategist working with several startups and websites based in the US, UK, and Australia. She is devoted in helping businesses bridge relationship gaps by providing in-depth, actionable advice on online marketing, business development, and growth hacking.

Jolina is a marketing strategist working with several startups and websites based in the US, UK, and Australia. She is devoted in helping businesses bridge relationship gaps by providing in-depth, actionable advice on online marketing, business development, and growth hacking.